I wasn’t sure what to expect up at Silver Lake, Mears, Michigan because rumor had it that local efforts to control the exploding weed growth were working – which had an adverse effect on the fishing. Silver Lake is a swimming and recreation lake first, fishing takes a back seat because most homeowners want sand, not weeds. I didn’t bother bringing a fishing pole on a family visit to see Bill and Karen DeJong who have a beautiful home opposite the dunes.

It turns out Bill was up for a challenge. We had access to a nice deep-V fishing boat and motor so we rose early and headed to the one spot in the lake that had reed beds thinking it might provide some bass structure. I was skeptical, Bill was focused. We had a strong wind out of the east, not good, so we anchored just outside of the reeds and went to work. Bill bought some crawlers and tried those with bobbers and/or just tossed them overboard with sinkers while I poured through his tub of artificial baits. I would like to say my finesse with plastic worms payed off but instead watched Bill find a workable pattern, bobbers with half-crawlers, just inside the reeds. He took three nice bass inside an area of about six square feet. It was surreal. 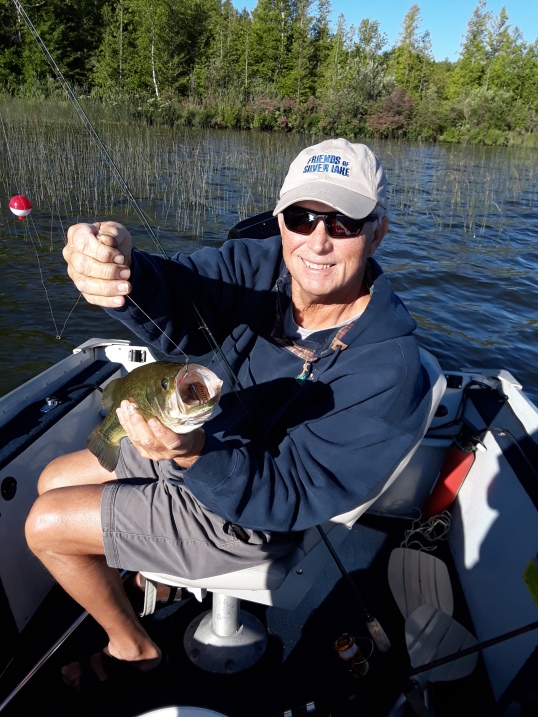 This was humbling. About the time we were ready to leave he took one of his poles and handed it to me – hoping I might catch something. A second later the bobber went down and I pulled in a bass that might have gone five inches. That is stretching it.