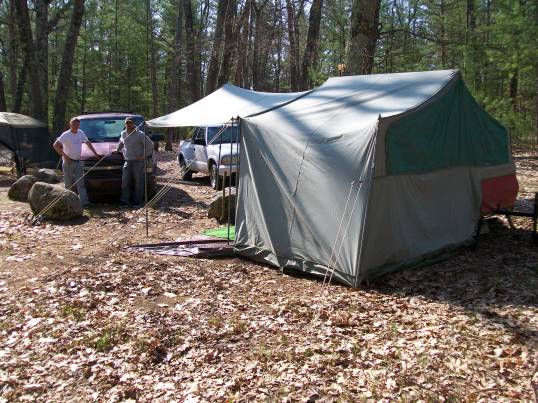 Feral and Natch with the 66 Chief

Natch spent a few too many camping trips on hard ground so he started looking on craigslist for a tent camper. At spring trout camp this year he showed up with a camper similar to my 61 Chief and I knew I had to do a post. 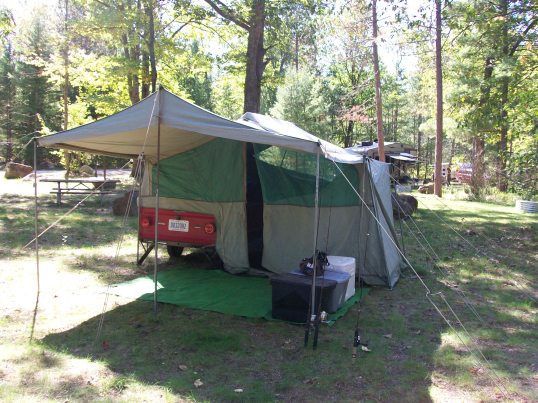 I should also mention that Jake inherited Feral’s 1961 JC Higgens camper based on the 1961 Apache Scout which was manufactured by Vesely for Sears. Last I knew Jake was looking into canvas replacement. There’s a post buried in the fichigan archives on that camper – try JC Higgens in the search tool if interested.

Here’s an ad for the 66 Chief. The ad is definitely 60’s and might explode the “politically correct” meter in multiple directions but you can get a sense of the camper utility. Note that you can click on photos to enlarge, use your browser back button to return to the post. 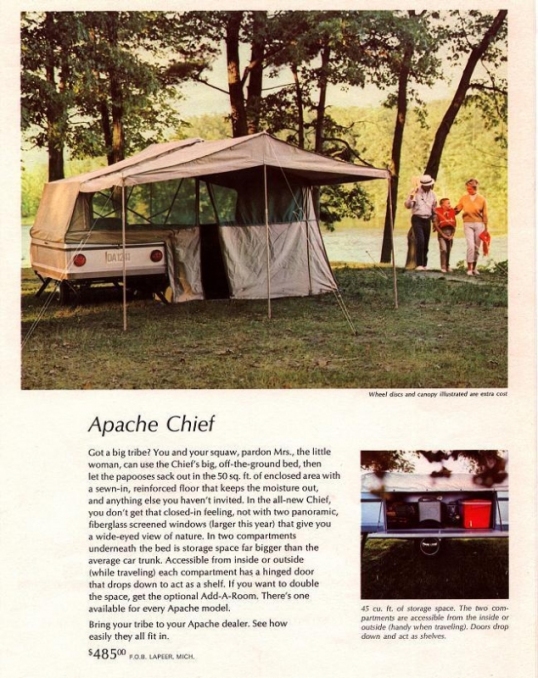 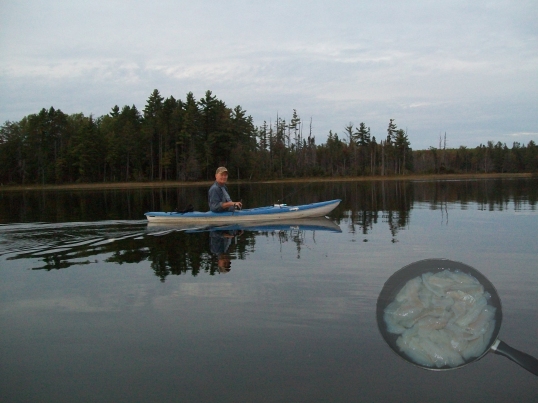 Normally we call it trout camp which sounds a lot better. This year the trout streams were low and clear (tough fishing) and the weather was balmy so we concentrated on perch and bluegill at Pickerel Lake up in the Pigeon River State Game Area. Not that we didn’t try for trout. Feral picked up a small brook trout, Denny a very nice brook trout, and the rest of us should have tried harder. But the panfish were biting. We tight-lined a split shot with a small hook with half a crawler and felt for the bite, typically on the bottom. We kept enough for two dinners and it was all good. 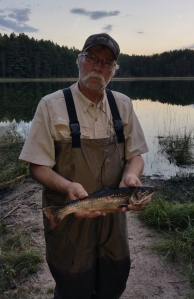 Denny with a nice Brook Trout

With the nice weather it was also a year for exploring and treasure hunting. We hiked a mile into Mud Lake and found the remains of an old home or possibly a fancy resort including a huge field stone fireplace and a tennis court. Feral had his two metal detectors but all we found were shell casings, bottle caps and odd junk. Not the diamond studded gold-ring early-retirement plan I was hoping for. 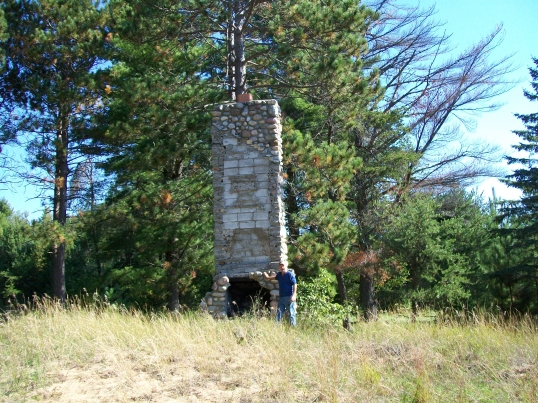 We did find one treasure. Feral and I fished the Pigeon on Friday morning and we spotted a sled runner used to haul logs in the early 1900’s. A remnant of Michigan’s early logging days. Feral told Jake about it and he wanted it for an art project so four of us crossed a bog and river to retrieve it. It weighed about a 100 pounds soaking wet. 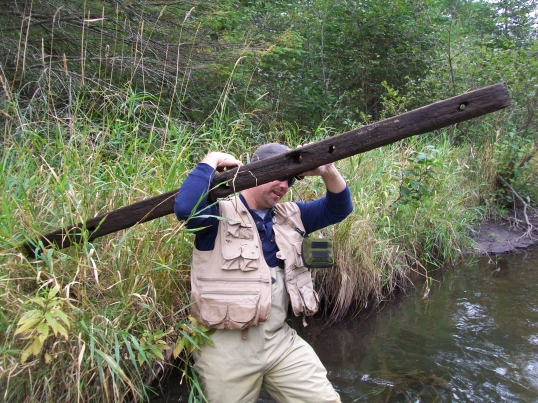 Natch lugs the sled runner across the Pigeon 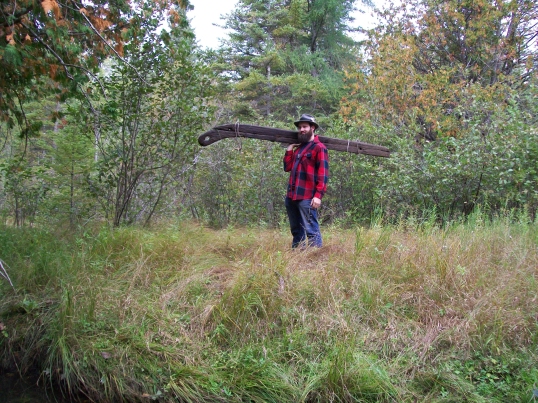 Natch and I had our antique campers which typically draws a lot of interest. The campground was full and one person mentioned their father had one like mine. Another person took photos. There’s a post in the archive on my 1961 Apache Chief but I need to do a separate post on Natch’s 1966 Apache Chief. It’s pretty sweet including an add-a-room option (not shown) and fancier body style reminiscent of 1960’s Ford Falcon. 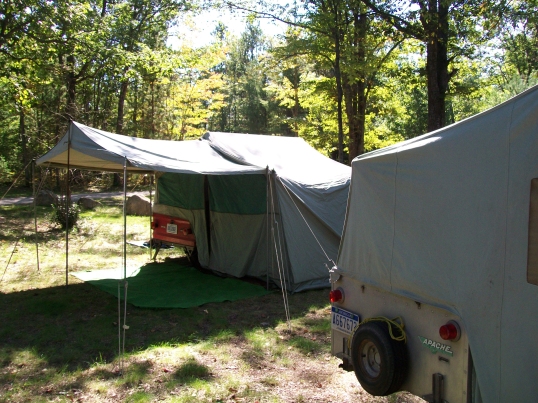 We had a guitar jam on Saturday night with Jake on acoustic bass, Natch on bongos, Denny and I on guitar and Feral belting out some lyrics. Mike recorded some of it with his camera phone and I haven’t seen the footage but Rock Bottom and the Out of Tuners may have lived up to their name. Or not. A camper across the way commented to Feral about enjoying the music.

I was looking forward to the Lunar Eclipse on Sunday but clouds rolled in. We did catch a glimpse but didn’t get a photo. Still, it was a great night to hang at camp, tell stories and absorb some outdoors. Needed that.